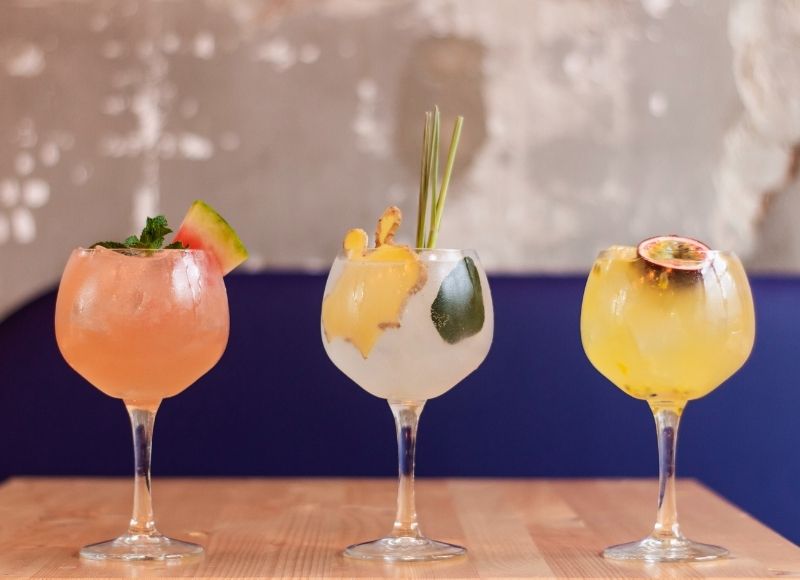 17 Feb Our Top 5 Retro Cocktails | How Many Do You Remember?

Our Top 5 retro cocktails that will make you feel nostalgic. How many of these do you remember?

Yes, we know, some things are best left in the past (shell suits and dial-up internet), but others, like classic retro cocktails, should never have gone away in the first place! Why not try making some of these at home this weekend! 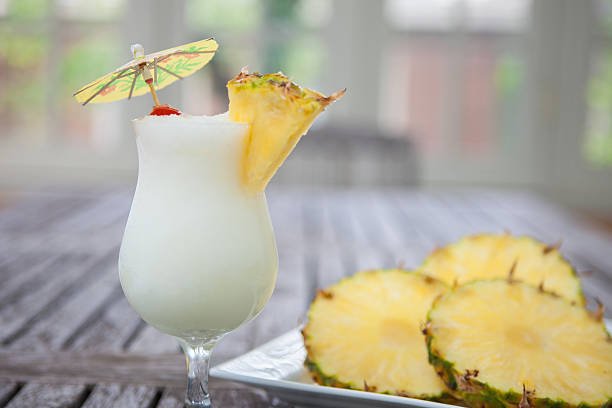 With its tropical blend of coconut cream, white rum and tangy pineapple the Piña Colada is like a holiday in a glass!

Nostalgic and full of kitsch appeal this is a drink that is served best chilled beside the pool (retro cocktail umbrella optional) and works amazingly well in our Copper Moscow Mule Mugs.

In a nutshell, the piña colada is a cocktail made with rum, cream of coconut or coconut milk, and pineapple juice, usually served either blended or shaken with ice. For that authentic retro feel we suggest garnishing with a slice of pineapple, retro umbrella and maraschino cherry. For that extra bit of tropical flair you could even add our Pineapple Cocktail Stirrer.

You can find the classic Piña colada recipe here. Or if you fancy a lighter version of the classic without so much coconut cream, or the use of a blender this recipe is also excellent.

If you are going alcohol free not make the virgin version? It’s basically like a yummy tropical milkshake. Yum!

We love the Piña colada a classic retro cocktail to be enjoyed relaxing by the pool.

Popular in the 1970’s – the Tequila Sunrise became such a hit that The Eagles even wrote a song about it. Due to its brightly coloured layers of booze, sweet, fruity flavour and the obligatory cherry garnish the Tequila sunrise is often considered the ultimate retro cocktail! 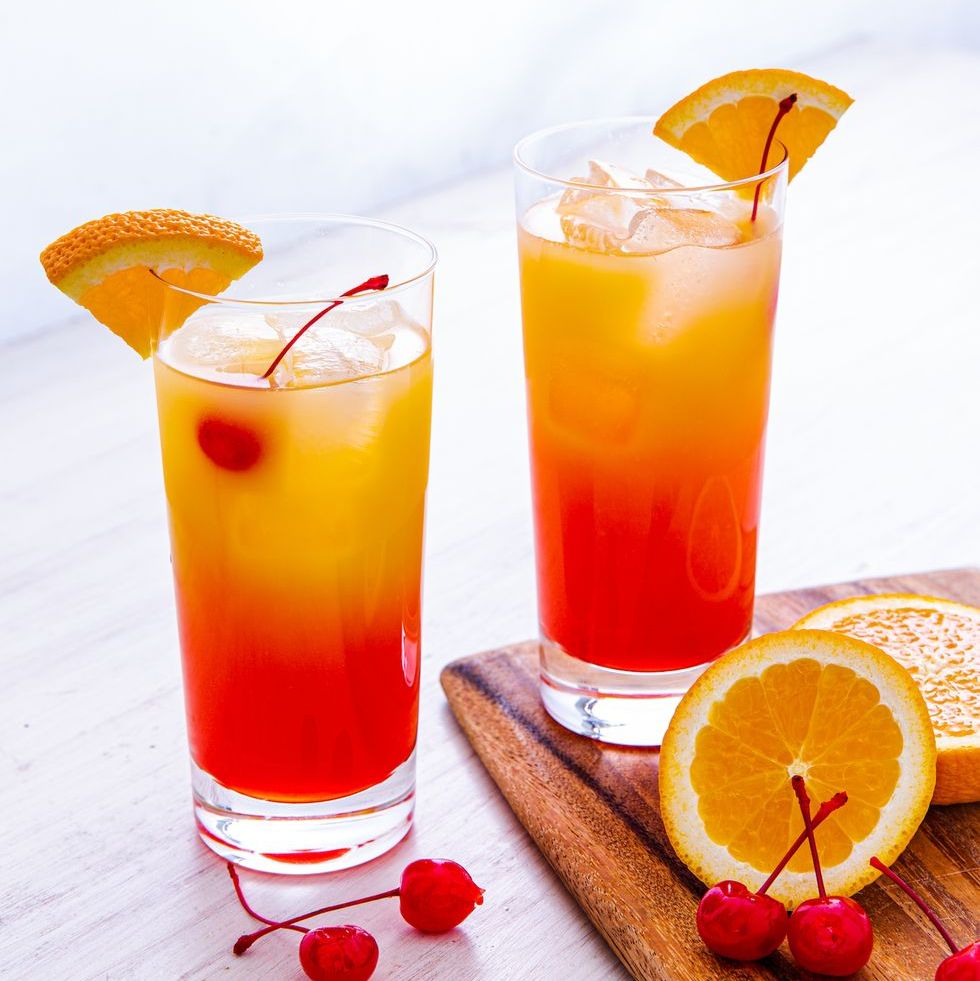 Some people think the Tequila Sunrise is kind of tacky – others think it is kind of great! However, there is no denying that it ‘s a bold retro cocktail stands out from the crowd! Very 70’s!

The Cosmopolitan or Cosmo made with vodka, cranberry juice, orange liqueur and citrus – became super popular in the late 90s/early 2000s thanks to it being the drink of choice for Carrie Bradshaw in the TV show Sex and the City.

We can see why it was so popular – it’s the perfect girly drink and looks super glam served in a coupe or martini glass. Sadly once Sex and The City finished, so did the popularity of the Cosmopolitan.

Sex and the city may have made the Cosmopolitan popular, but its origins are actually in the gay bars of 1980s San Francisco. The cocktail was adapted from the vodka cocktail, substituting cranberry juice in the cocktail in place of grenadine, and fresh lime juice instead of lime cordial. 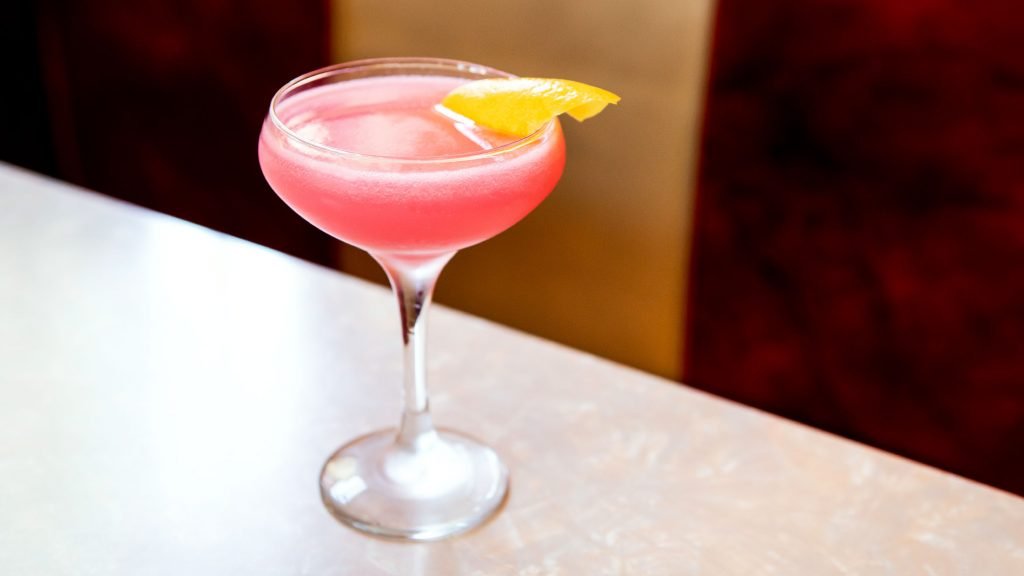 “Why did we ever stop drinking these?” Miranda asks Carrie at the end of the first Sex and the City movie. “Because everyone else started,” Carrie replies.

Perhaps it’s time to start drinking Cosmos again! If you would like to try making one at home, we recommend giving this classic recipe a whirl!

If you’ve got a sweet tooth, you’ll love this indulgent bright green cocktail made with a creamy mix of creme de menthe, creme de cacao, and cream. Popular in the 1950s and 60s the Grasshopper has been described as being like a boozy equivalent of a glass of mint choc-chip ice cream, perfectly served in a Martini glass. 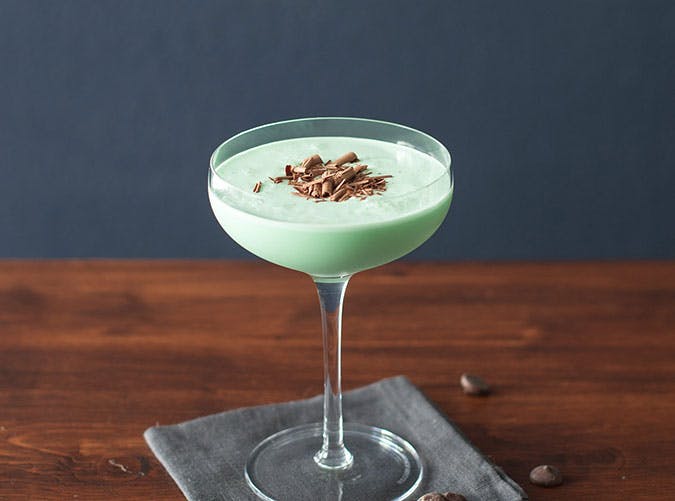 The Aviation cocktail is a stunning classic cocktail with a bit of a turbulent past! Made with gin, maraschino liqueur, and crème de violette, it fell out of popularity when the violet liqueur was discontinued, making it all but impossible to mix up a classic Aviation at home, making it elusive and adding to the allure.

The great news is that it is not so difficult to get the crème de violette, liquor to make the cocktail now which you can purchase here.

Here is a great step by step guide to making The Aviation Cocktail.

Personally we just love the colour of it. Super stunning when matched with a curl of lemon. 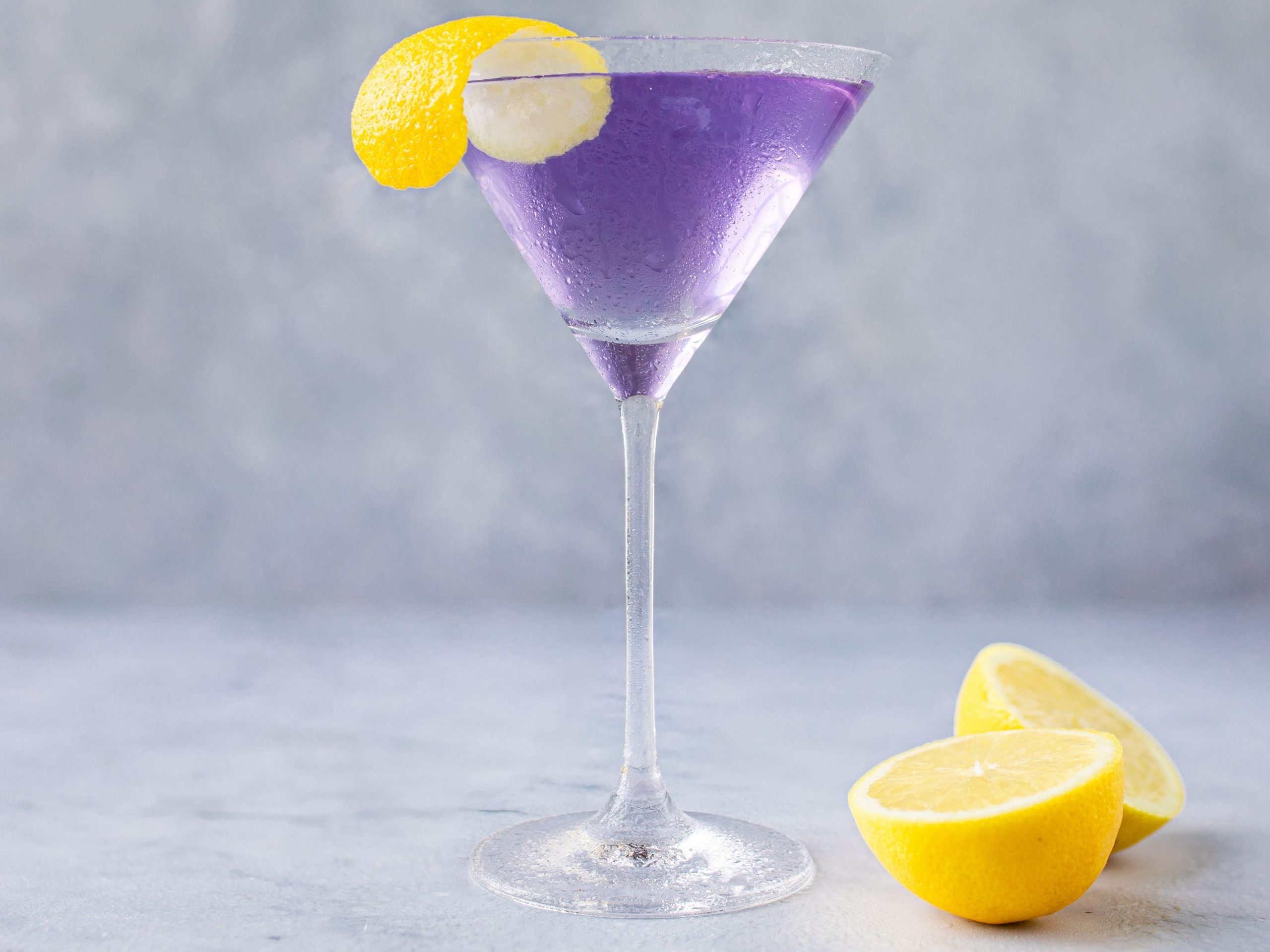 A super stunning cocktail to wow your guests! One retro cocktail that we feel should make a comeback!

How many of our top 5 retro cocktails have you tried? Are there any that you would be keen to try again?

If you’re as big a fan of retro cocktails as we are, check out our fabulous range of glamorous cocktail glasses – why not try mixing up a retro cocktail (or 5!) this weekend!