02 Jul Emptying your wine rack faster than you’d like?

Clinq investigates the health benefits (if any) of drinking red wine regularly and in moderation. 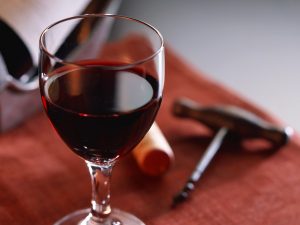 We’ve all heard it before and we tell ourselves this while pouring a glass of red after a long day at work, but do the benefits of wine really outweigh the health concerns associated with alcohol consumption? This is definitely a topic close to my heart, when I’ve found myself reaching for that bottle of red more often than I’d like, but compared to my twenties and early thirties, my weekly overall intake is less and binge drinking is a much rarer occurrence.

So let’s take a look at what chemicals in wine, particularly red, reportedly have these health benefits and how they work.

Wine contains antioxidants; we’ve all heard of antioxidants, but do we know what they are and why they can be beneficial? Antioxidants are molecules found in certain foods that can help prevent damage to your body’s cells caused by an overload of ‘free radicals’. Free radicals are the result of the natural oxidation process within the human body, and although we need a certain amount of free radicals to function effectively, too many cause irreversible damage and can lead to certain diseases, including heart disease, liver disease, Alzheimer’s disease and some cancers. Antioxidants work by inhibiting the oxidization process, therefore keeping the number of free radicals under control.

Antioxidants can be broken down into 3 groups:

The last group, Polyphenols or phenolics are the antioxidant group that are predominantly found in red wine, and this is because the skin of red grapes is a great source of these antioxidants (as well as peanuts and berries).

The two main polyphenols found in wine are quercetin and resveratrol, and there are many medical studies and research to show that these compounds help to: 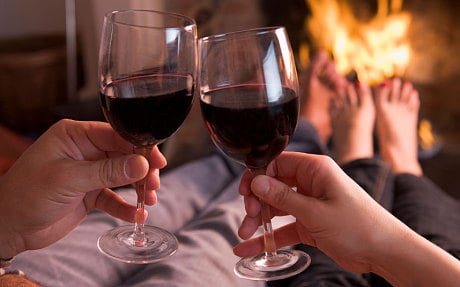 In fact, the benefits of quercetin and resveratrol don’t stop there and are said to play a part in minimising susceptibility to a number of other diseases and illnesses too;

I’m sure you’d agree that this is quite an impressive list, however, let’s point out that you would also get the same benefits from eating red grapes instead of drinking wine, but we’ll let you decide which you’d prefer… And to be more specific, in general, the darker the wine, the higher the antioxidant content, although cool climate pinot noirs also feature alongside your cabernet sav’s and shiraz grapes at the top of polyphenol content list. 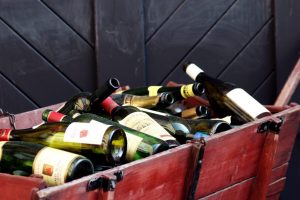 The most important point to keep in mind whilst reading this article is that these benefits are only realized when drinking wine in moderation. From our research, the amount of red wine that can be consumed safely is between two to seven glasses of wine per week or a maximum of 14 units. It’s also important to note that this consumption should be spread out over the week (at least 3 days) and not guzzled all in one night! It’s suggested to have at least a couple of wine/alcohol-free days throughout the week, and of course this should be balanced out with a healthy diet and exercise.

The health risks associated with excessive alcohol consumption are very real and can override all of the above benefits. Despite moderate wine intake decreasing the risk of fatty liver disease, high levels of consumption can have the opposite effect. Your liver performs many important functions within your body, but regular heavy drinking stops it from doing its vital work and affects its ability to function. Drinking heavily or excessively can cause Alcoholic Hepatitis (inflamed liver), which may result in liver failure and death, and women are generally more susceptible to liver damage than men. The condition is reversible if you stop drinking, but continued misuse of alcohol can cause permanent damage and scarring, increasing your risk of developing liver cancer. 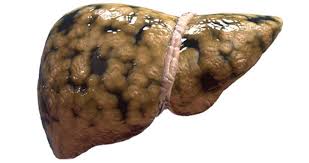 And liver disease is not the only concern; excessive drinking causes disruption to sleep, affects your judgement and can impact nutrition by inhibiting absorption of certain nutrients. This can make you more vulnerable to heart disorders, including high blood pressure and stroke. Binge drinking is especially harmful and can damage the brain. Regular heavy drinking is associated with a wide range of other health problems from liver disease to menstrual problems, nerve and muscle damage, psychiatric problems and cancers of the mouth, larynx or oesophagus. I’m sure you’re agree; a much more frightening list, and something to keep in mind when you go on your next night out.

To be aware of how many units of alcohol are in a standard 150ml of wine, check out the below table based on the alcohol by volume (abv) percentage of the wine:

In summary, a glass or two of red wine throughout the week does supply you with the antioxidants linked to reducing the risk of heart disease, type 2 diabetes and some cancers, however, wine isn’t the only source of these antioxidants and they could be sourced from a wine-free diet. What we are trying to say, is that you don’t have to beat yourself up if you do have a glass or two on a regular basis, just don’t over-do and you’ll be on your way to a long, healthy life. Keep in mind that wine isn’t a replacement for a healthy diet and regular exercise, and it certainly doesn’t count as one of your five-a-day (we checked!). 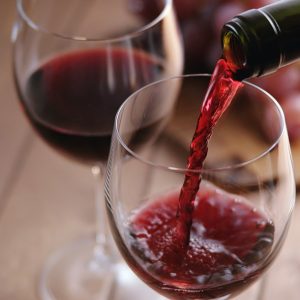 Please note; Clinq are not scientists, nor did we carry out any of the medical studies referenced above. The information was obtained from various sources on the web including but not limited to Drinkwise.org.au, Metro – UK, Menshealth, BBC Good Food, News.com.au, Mayo Clinic.